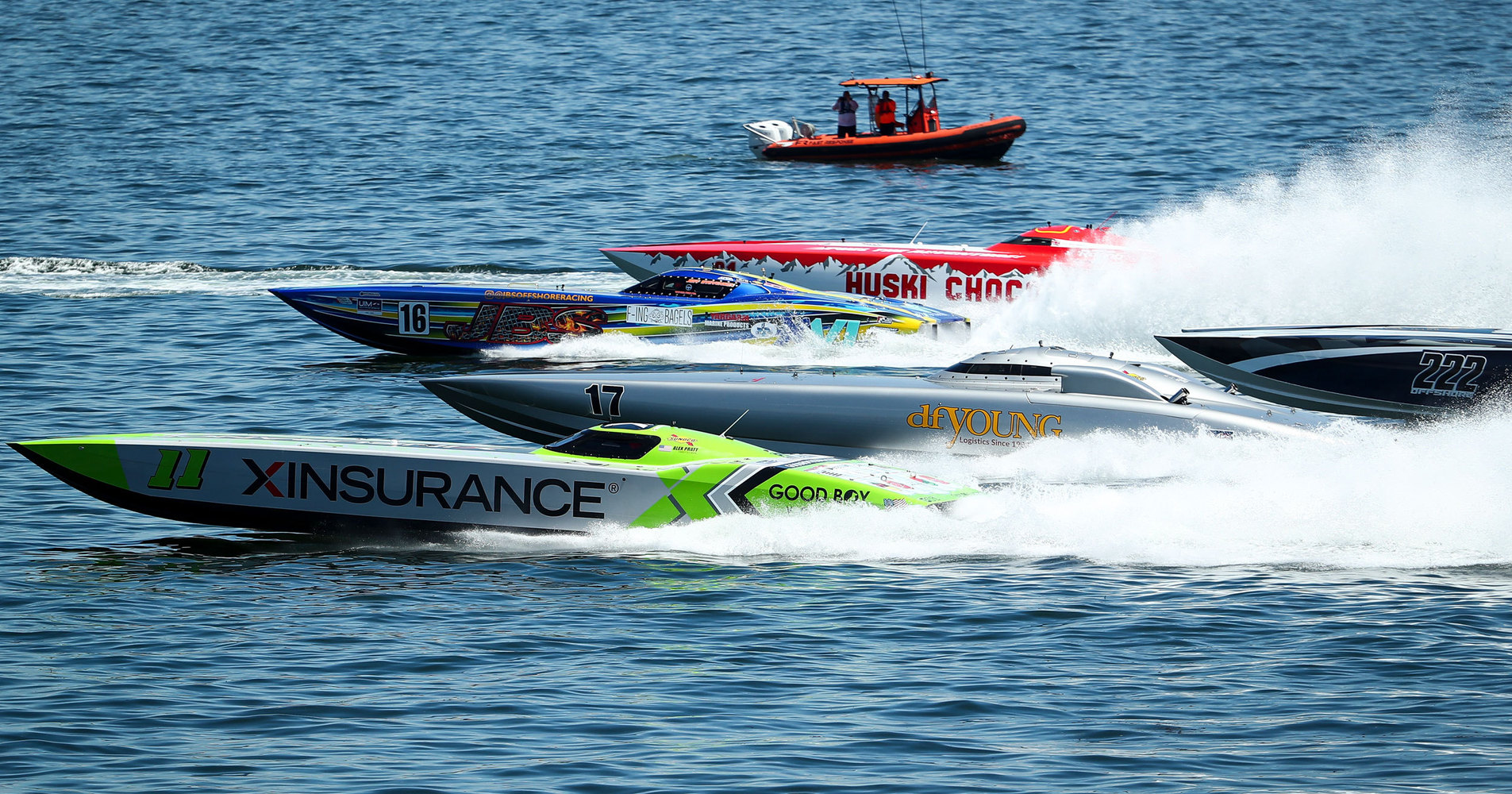 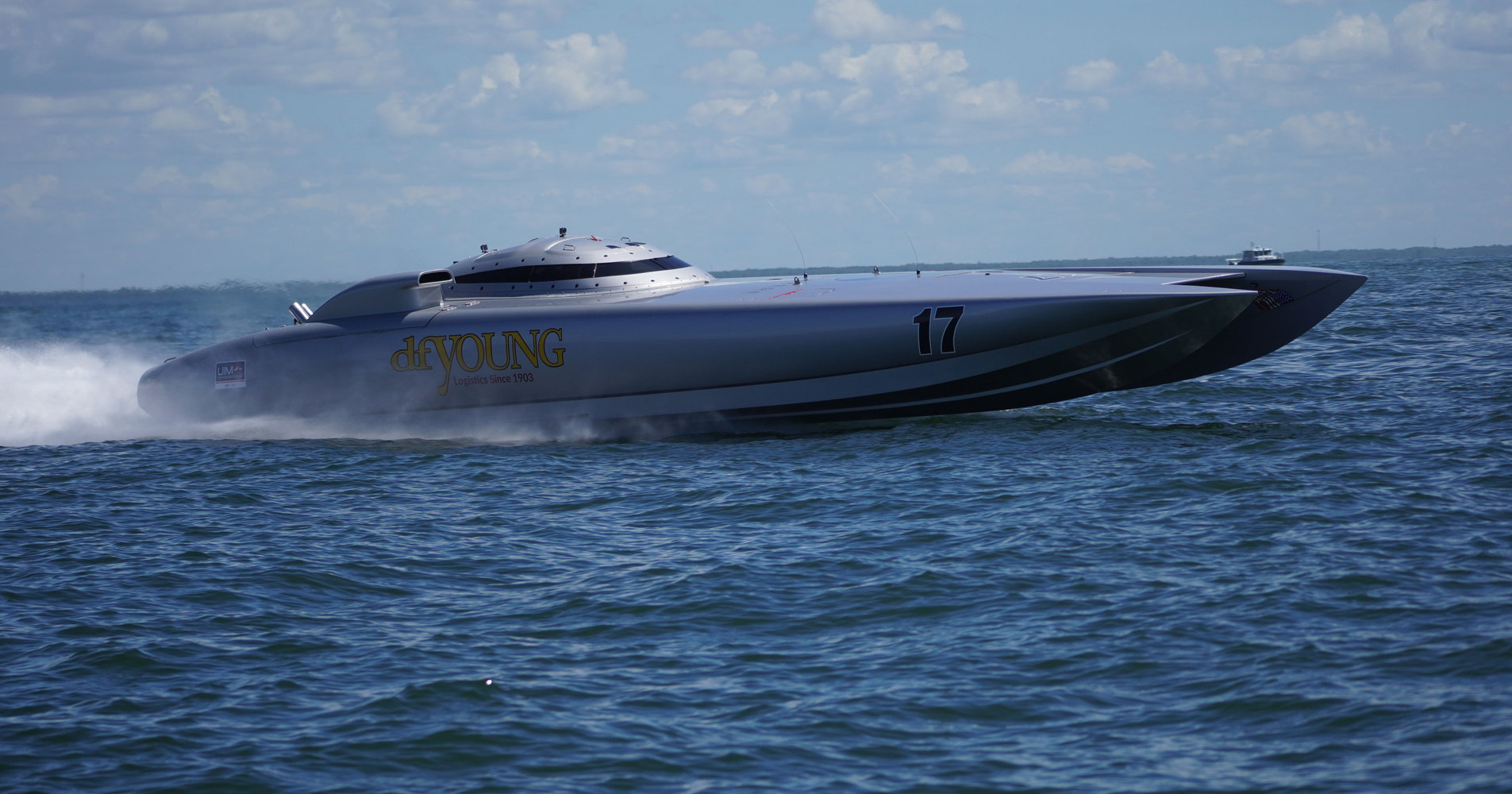 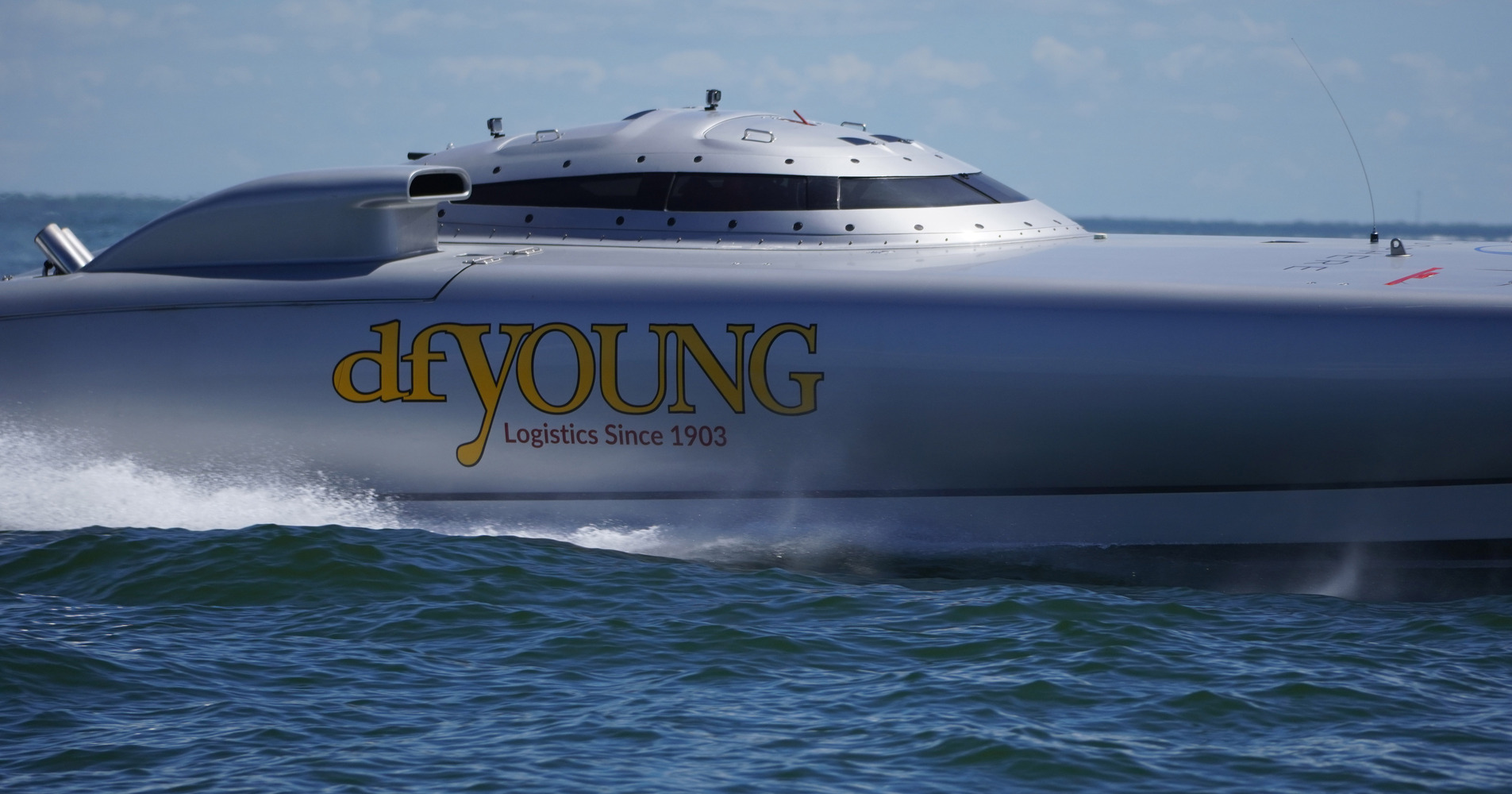 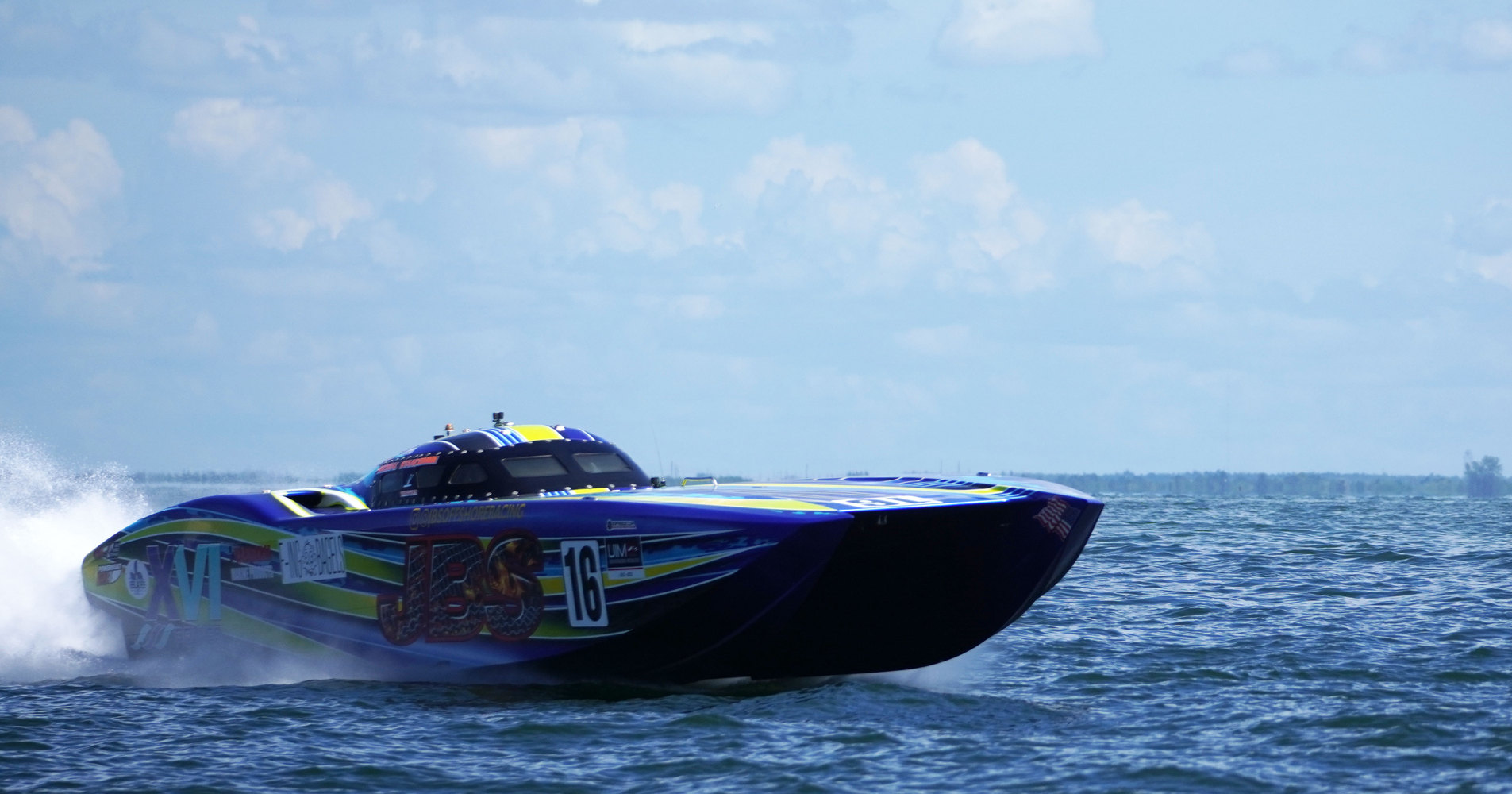 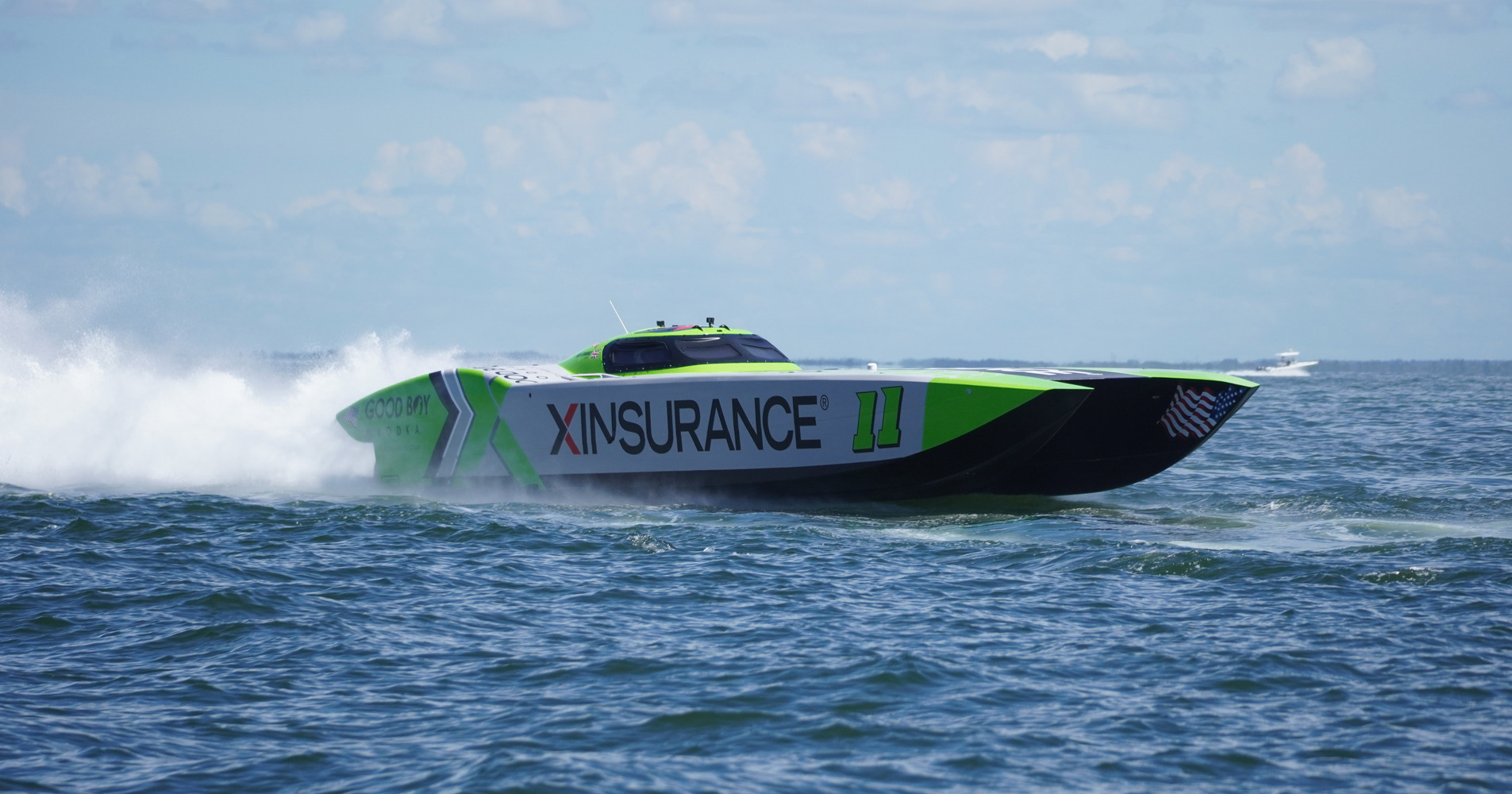 Huski Racing Are Top Of The Class In St. Pete

More than fifty offshore powerboat teams from across the United States and beyond took to the water in St. Pete at the weekend, with the UIM Class 1 World Championship reaching the halfway point of the eight-race season. World class marine motorsport brought color and high-speed action to downtown St. Petersburg on Labor Day weekend when Powerboat P1 staged a double bill of offshore powerboat and AquaX personal watercraft racing, and the highlight on the second day of racing was race 4 of the Class 1 series.

In Saturday’s pole position qualifying session it was Huski Racing, with throttleman Steve Curtis and driver Travis Pastrana in the 47-foot Victory catamaran, who posted the fastest lap, so it was no surprise that they recorded an emphatic victory on Sunday afternoon by half-a-lap. Curtis told reporters that he was delighted with the result especially as they had no ship-to-shore communications during the race.

JBS Racing, with Jeff Stevenson and Micheal Stancombe in the cockpit, chased Huski in the opening laps before encountering technical problems with their engine failing in the last two laps. They managed to limp to the finish on one engine to take fourth place.

It was a hugely disappointing day for the 222 Offshore team of Darren Nicholson and Giovanni Carpitella. Their race ended on lap 6 when it is reported that the port engine blew and filled the bilge with water.

The next race for the UIM Class 1 fleet will be on September 25 in Clearwater, just a few miles along Florida’s Gulf Coast from St. Pete.