On the weekend before the next UIM Class 1 event at St Peterburg, Miles Jennings was racing in home waters in the gruelling 200-mile Cowes Torquay Cowes Race along the south coast of England. Miles is the driver for the XINSURANCE Good Boy Vodka team in Class 1, alongside Alex Pratt.

In common with other Class 1 Brits, Steve Curtis and Nigel Hook, Miles is a vastly experienced racer, he has won more than 50 National Races, including more than 100 podium appearances. He has been World Champion four times, British Champion twelve times, and is a two-time Harmsworth Trophy winner. 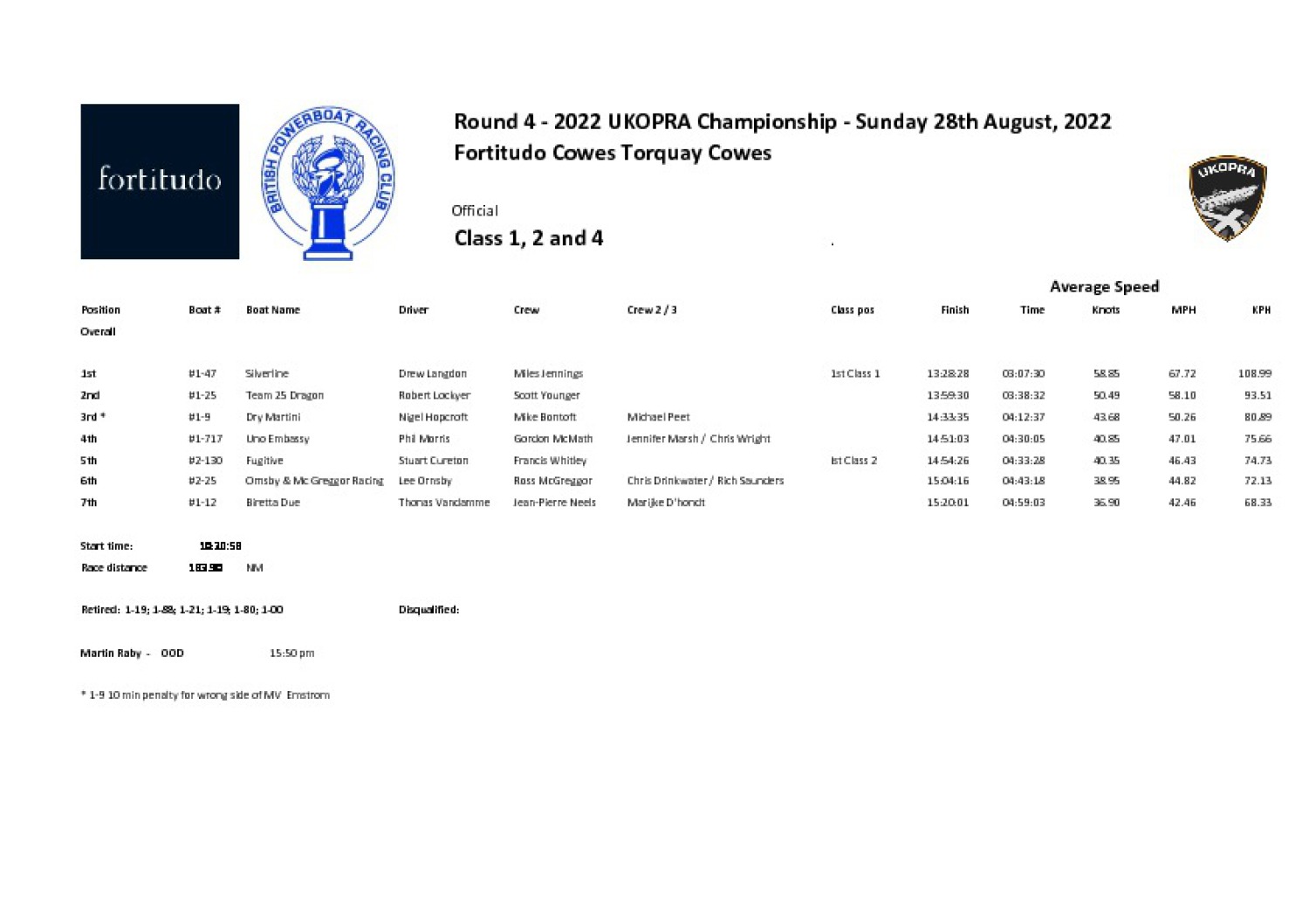 This is the 61st time this event has been raced. Miles won the 183.90 nautical mile race alongside long-time teammate, Drew Langdon. Crossing the finishing line back in Cowes a full half an hour in front of the nearest competitor, Team 25 Dragon .

The attached results feature another name well known to P1 Offshore race goers, the "Officer of the Day" was Martin Raby, who will also be acting as Race Director in St Pete.

Photo of Miles Jennings and Alex Pratt by James Gilbert