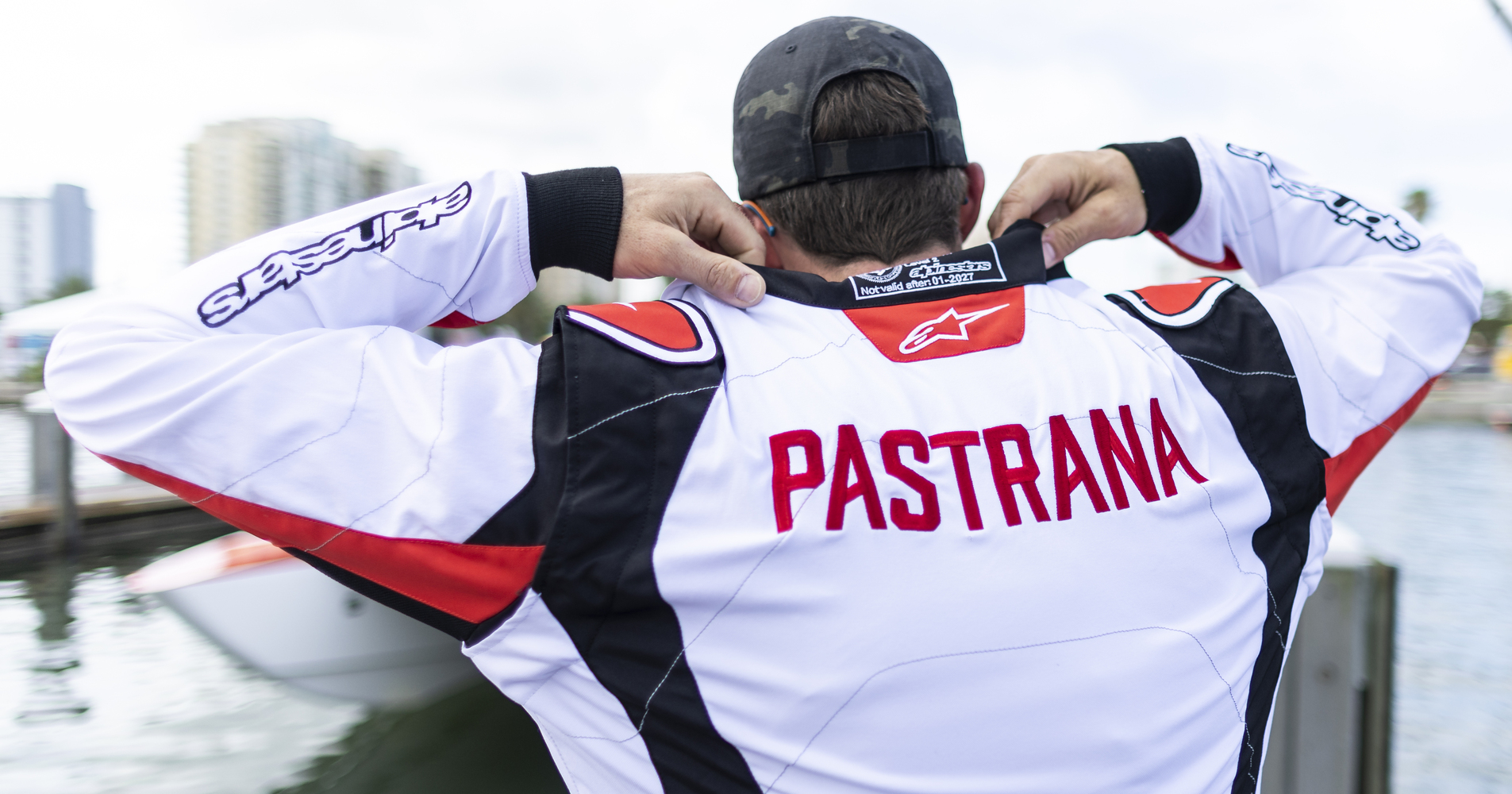 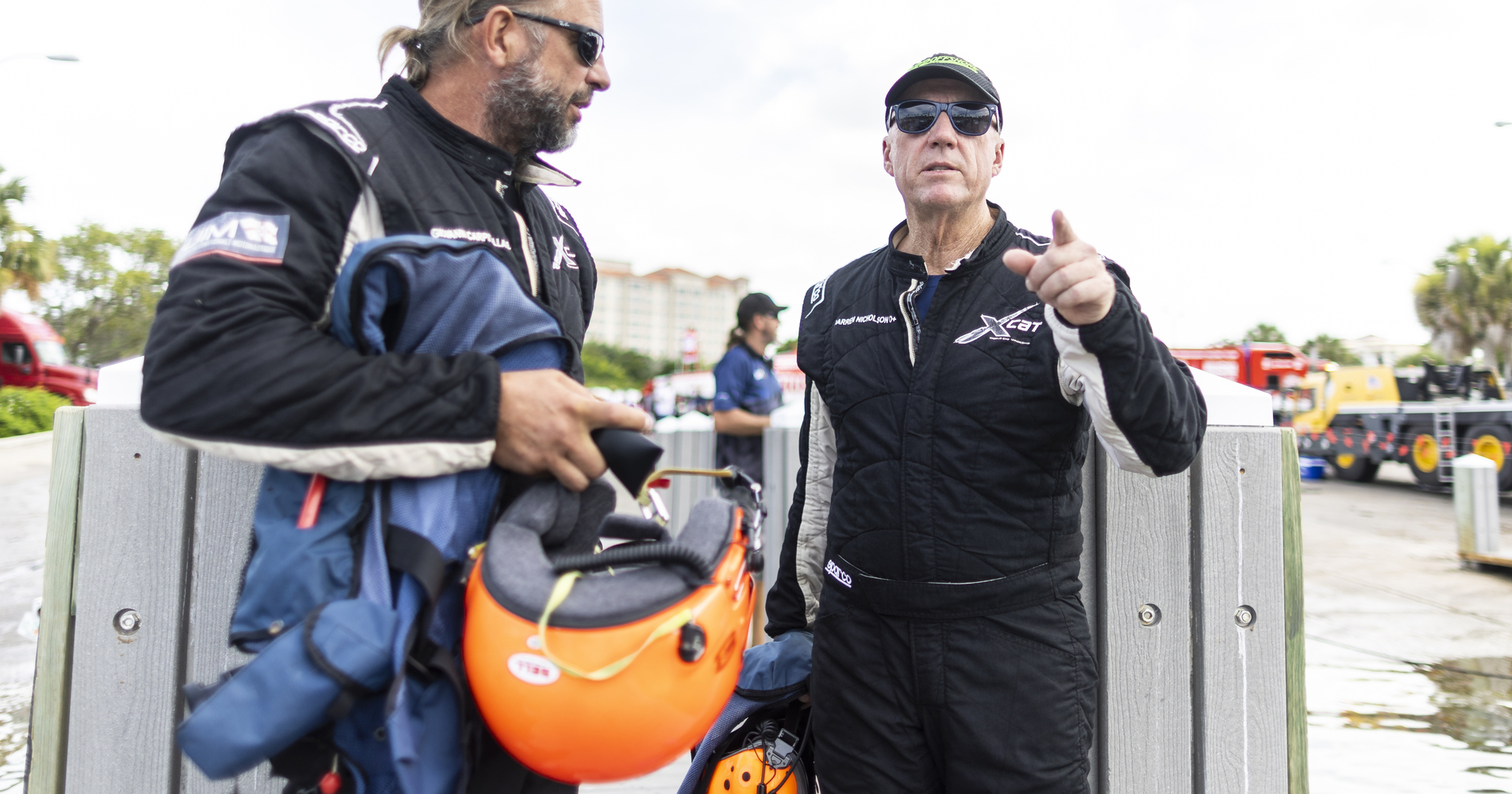 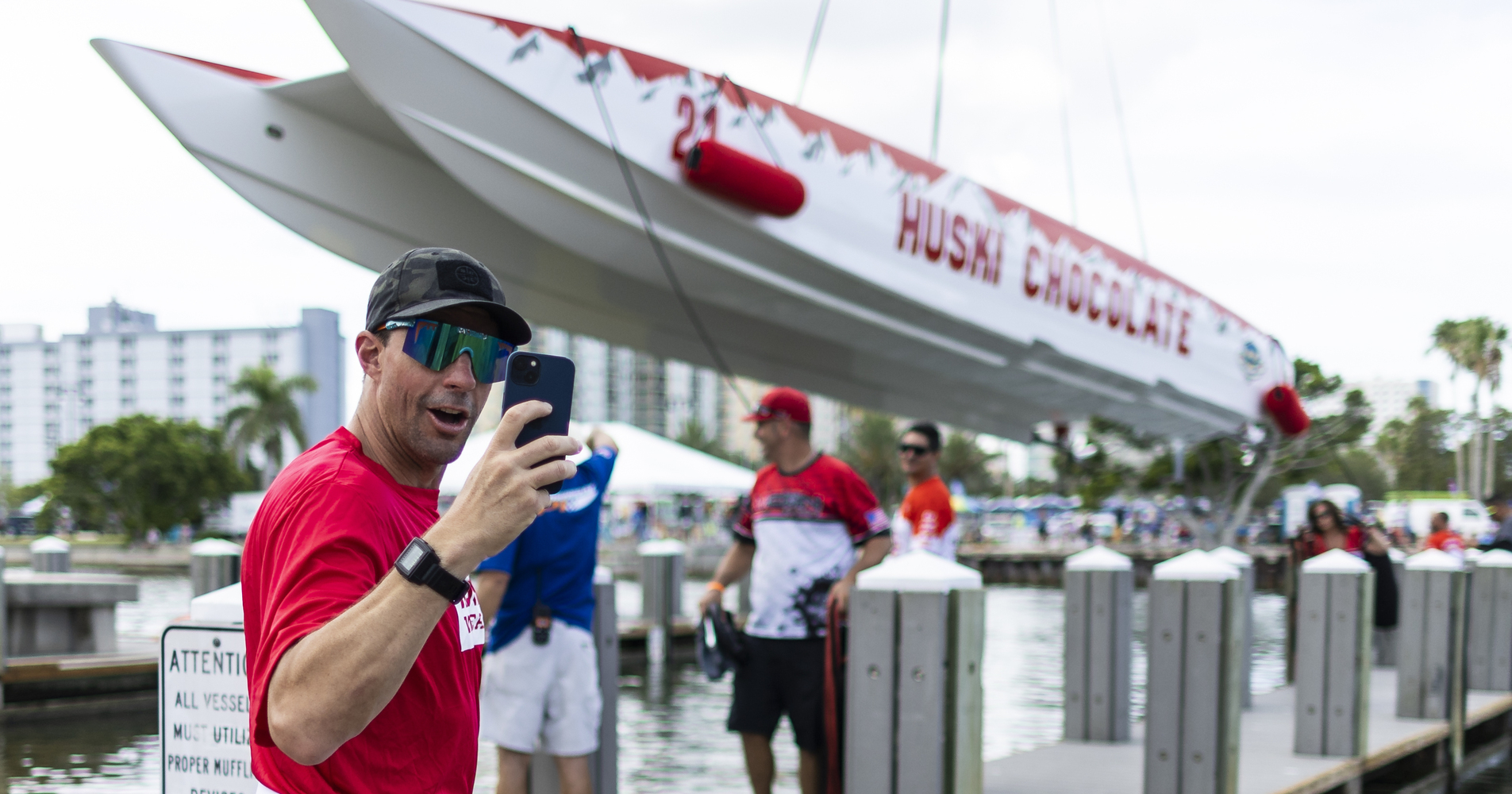 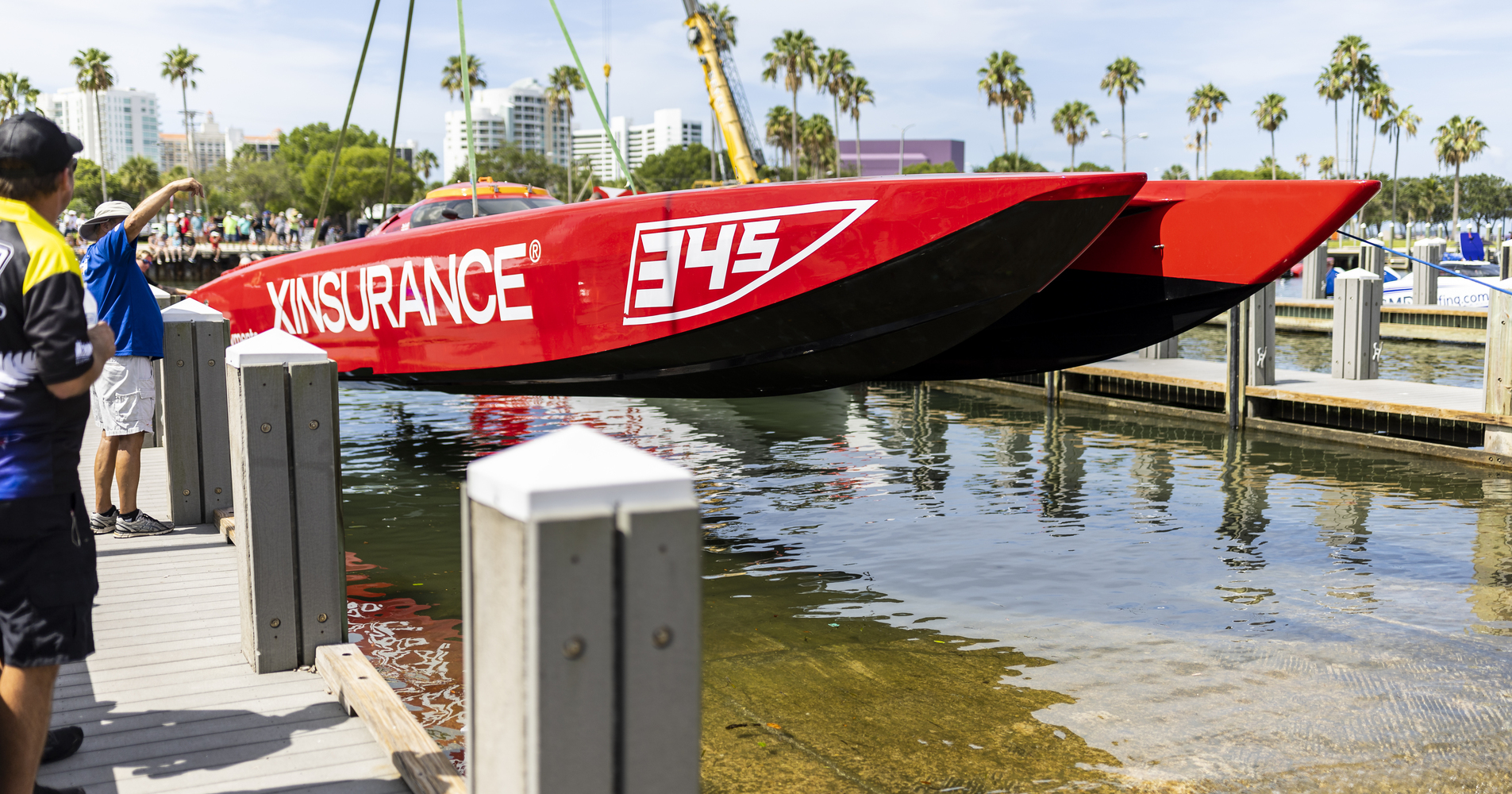 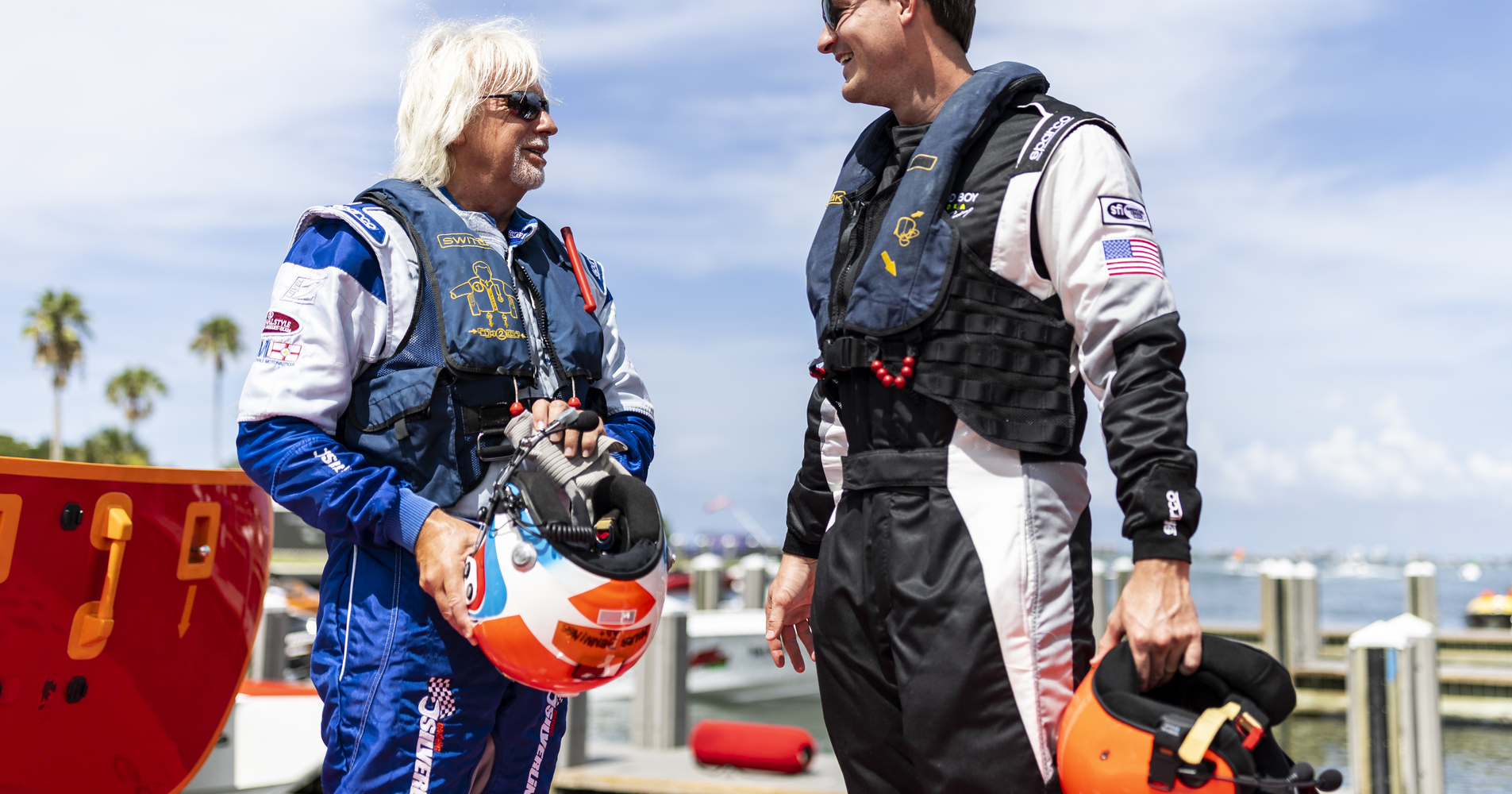 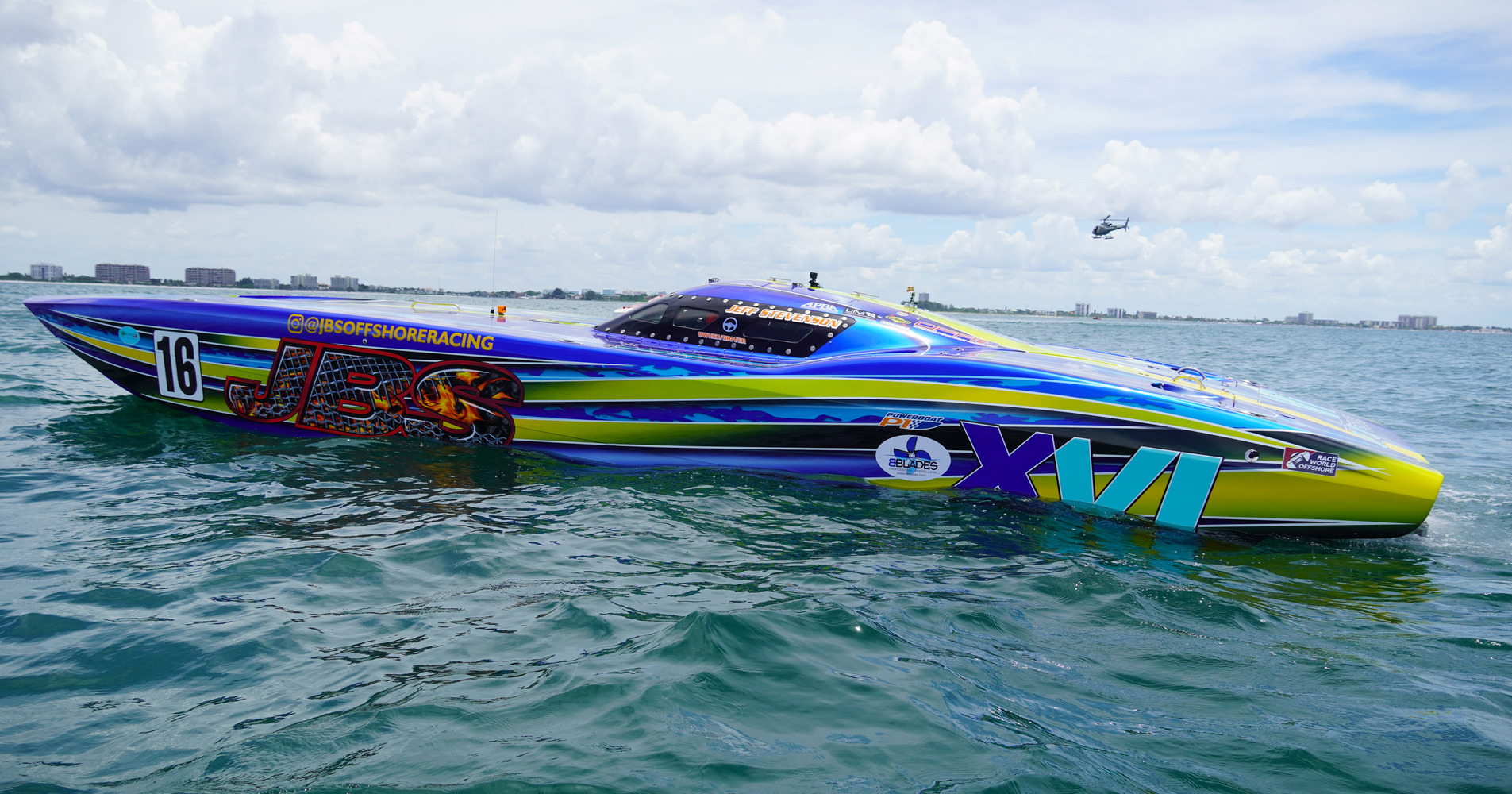 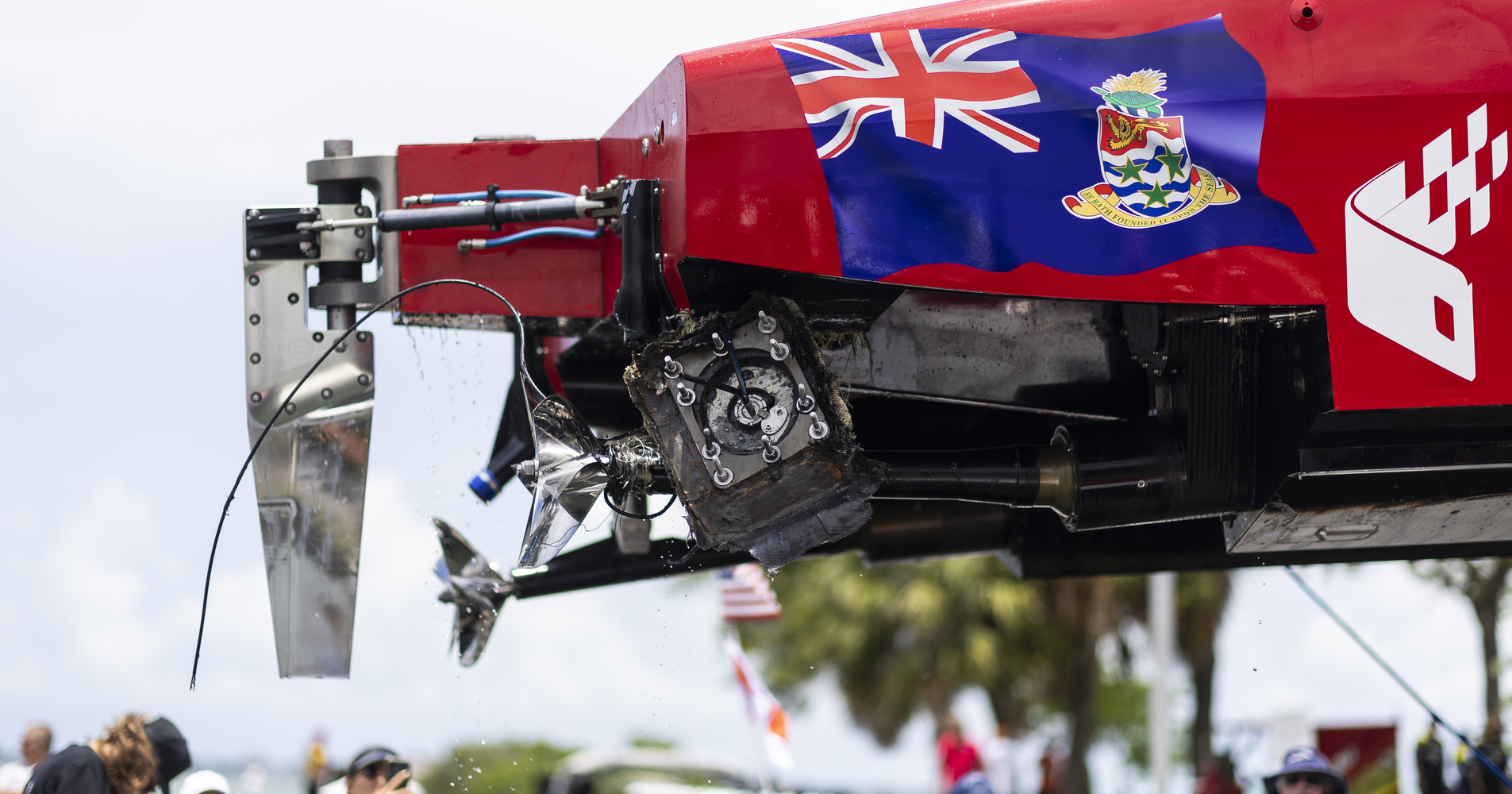 Saturday was a hive of activity around the cranes as boats from all classes jostled to get in the water for testing. Four UIM Class 1 teams are competing here at Sarasota:Huski Racing, JBS Racing, 222 Australia Offshore and 345 Racing/XINSURANCE.

The pits for the event are situated in the Van Wezel Performing Arts Hall Car Park adjoining Waterfront Park. Cranes to lift the boats in and out are situated on either side of the water and it is a good place to get a close look at the boats and crews getting ready for action.

The race schedule was modified late Friday to give flexibility in the event of a squall coming through. There are pretty frequent electrical storms this time of year in the area, and one such last year caused the halt in proceedings that resulted in the loss of the top-of-the-bill Class 1 race. This timetable change resulted in moving the P1 AquaX pwc races earlier, and moving the Bracket 500, 600, 700 race to Saturday, after the Class 1 Pole time trial.

Class 1 boats did get in the water for testing. 345 Racing XINSURANCE, with Alex Pratt and Miles Jennings in the cockpit, completed six full laps at race speed, when they had another round of bad luck, with a catastrophic transmission failure. (See photo) Sadly this looks likely to take them out of Sunday's Class 1 race.

Huski Chocolate #21, piloted by extreme sports star Travis Pastrana alongside Steve Curtis, one of the most successful throttlemen of all time headed out to the course. They were followed by #16 JBS Racing driven by owner Jeff Stevenson and with Micheal Stancombe at the throttles. Micheal was affected more than most by the change in the schedule as it meant he couldn't race in the Bracket 700 class with his young son Dominic. The change meant that the Bracket 500 and 700 Classes were racing at the same time and Micheal was also booked to race alongside JJ Turk in the 500 class boat #527 Team Woody Racing. His consolation was that 527 won the class.

222 Offshore Australia with Darren Nicholson (driver) and Giovanni Carpitella (throttles) arrived very shortly afterwards. Each team raced separately against the clock and the results were as follows: