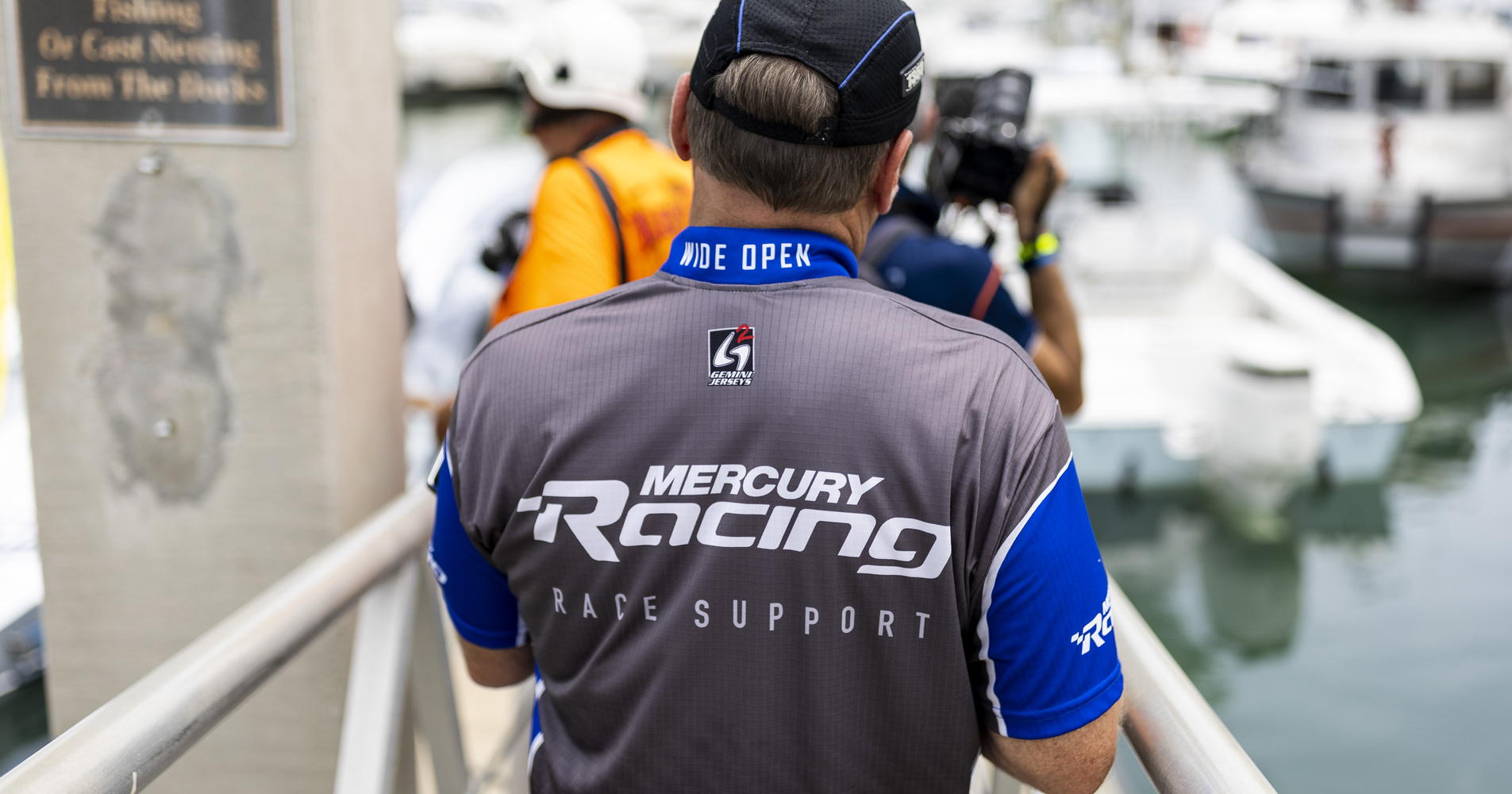 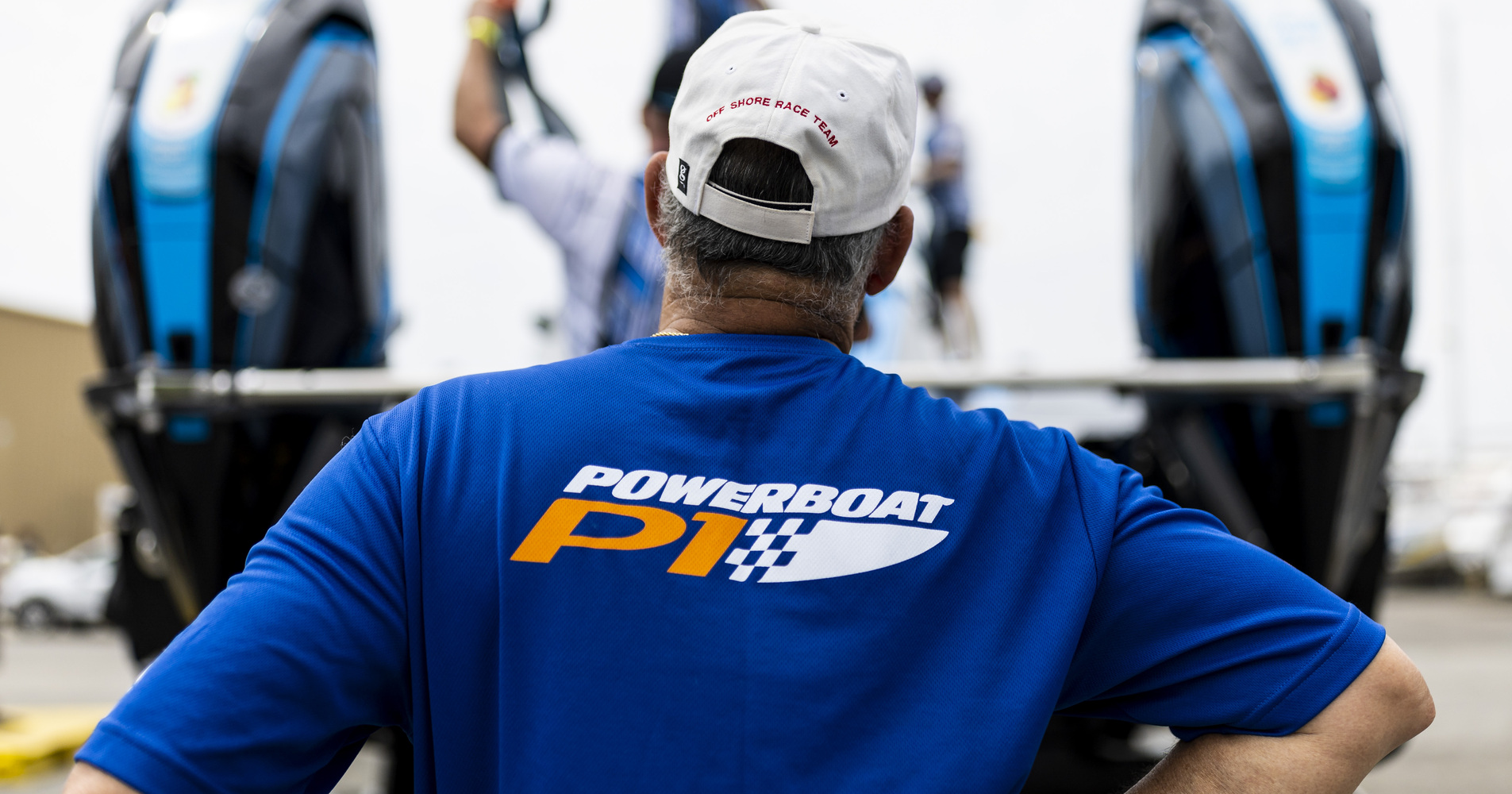 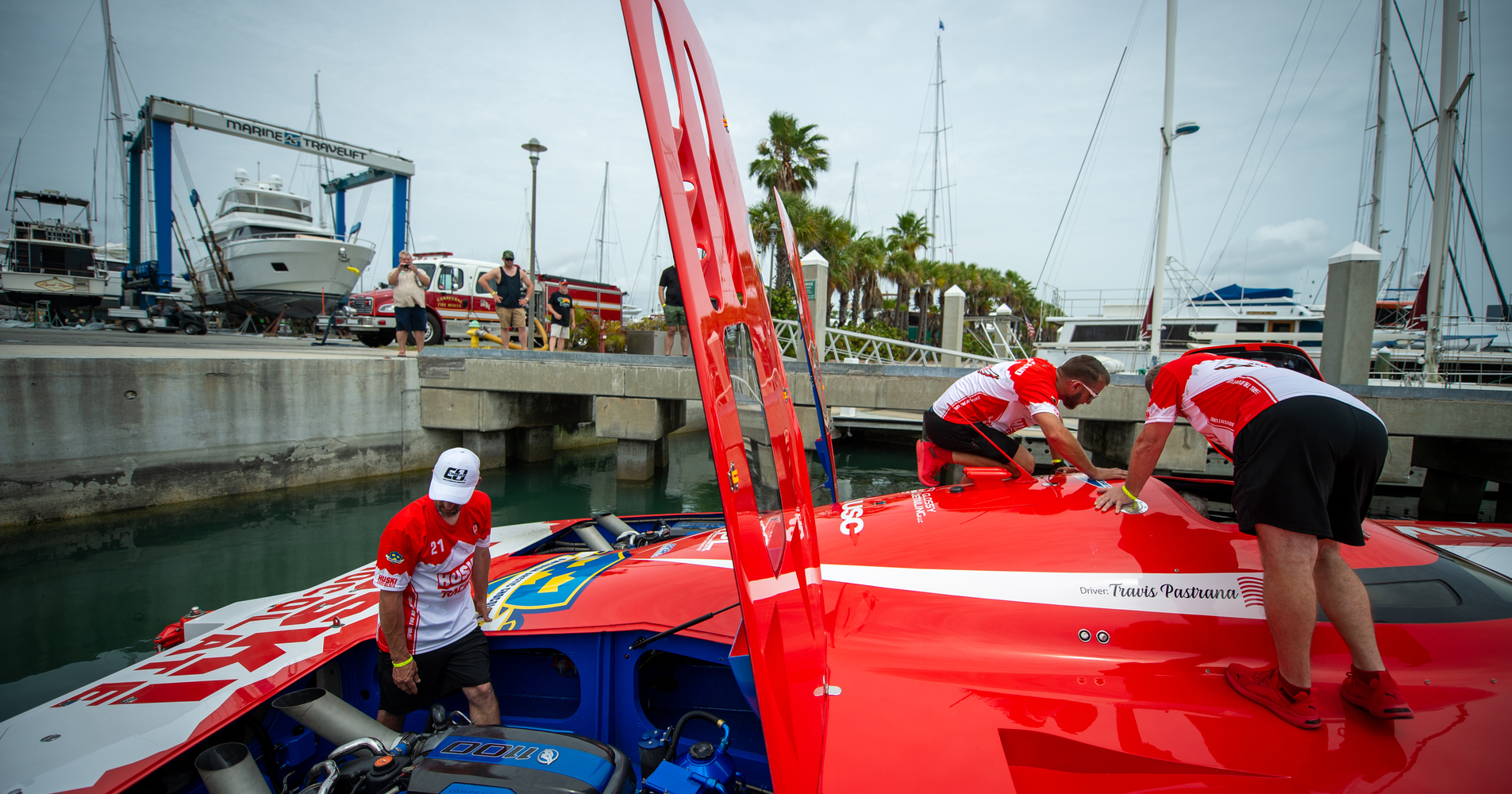 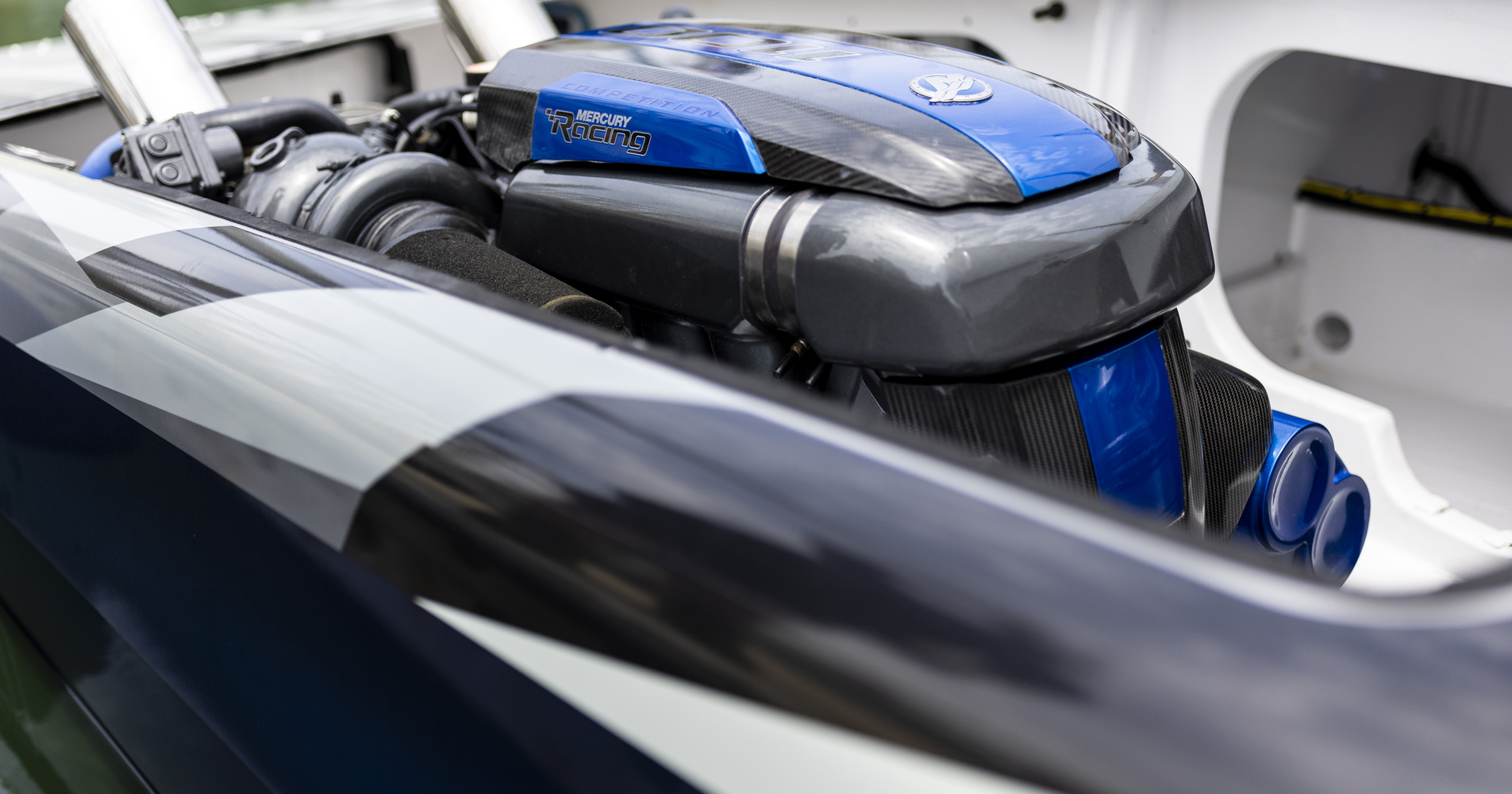 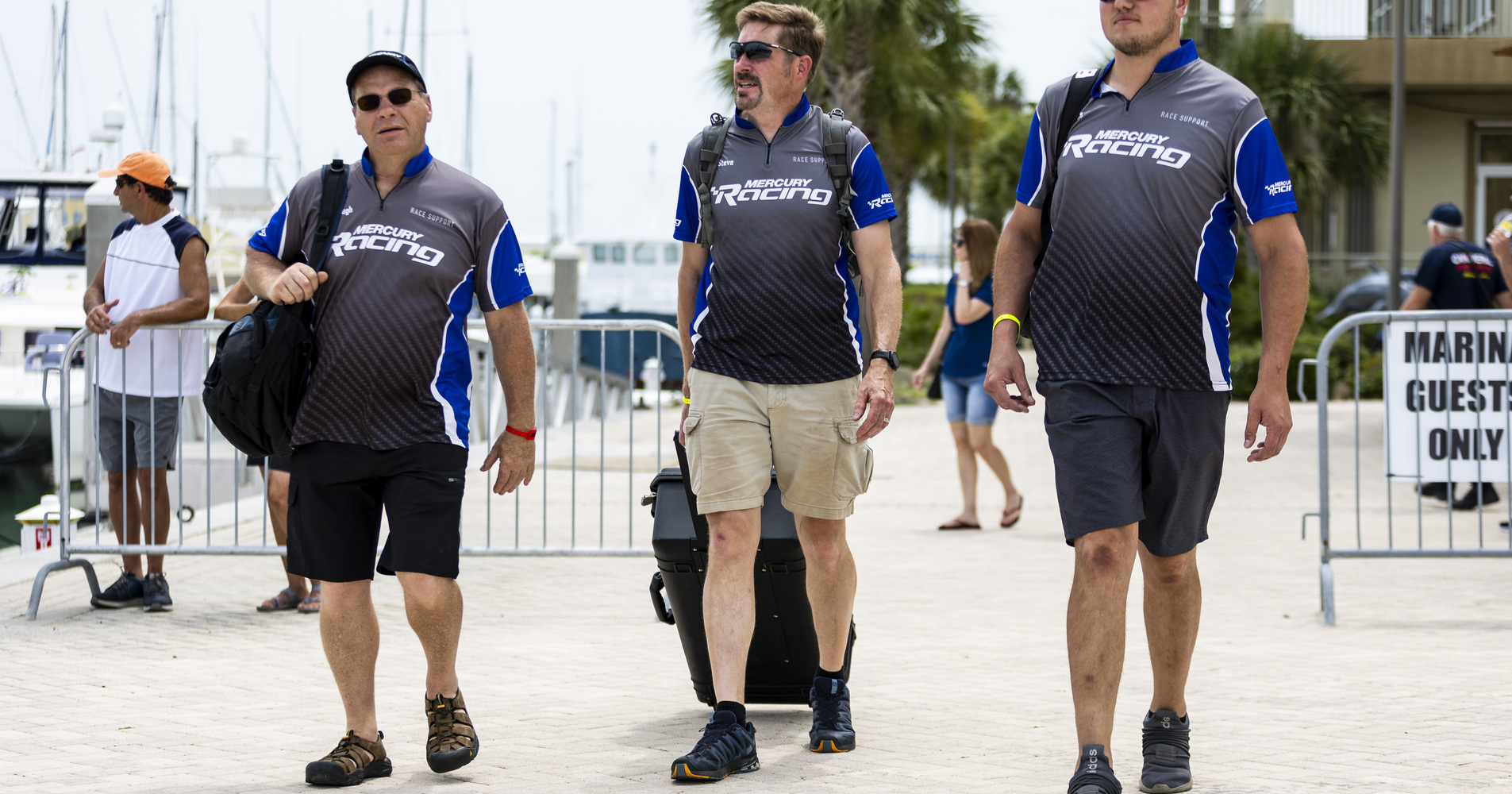 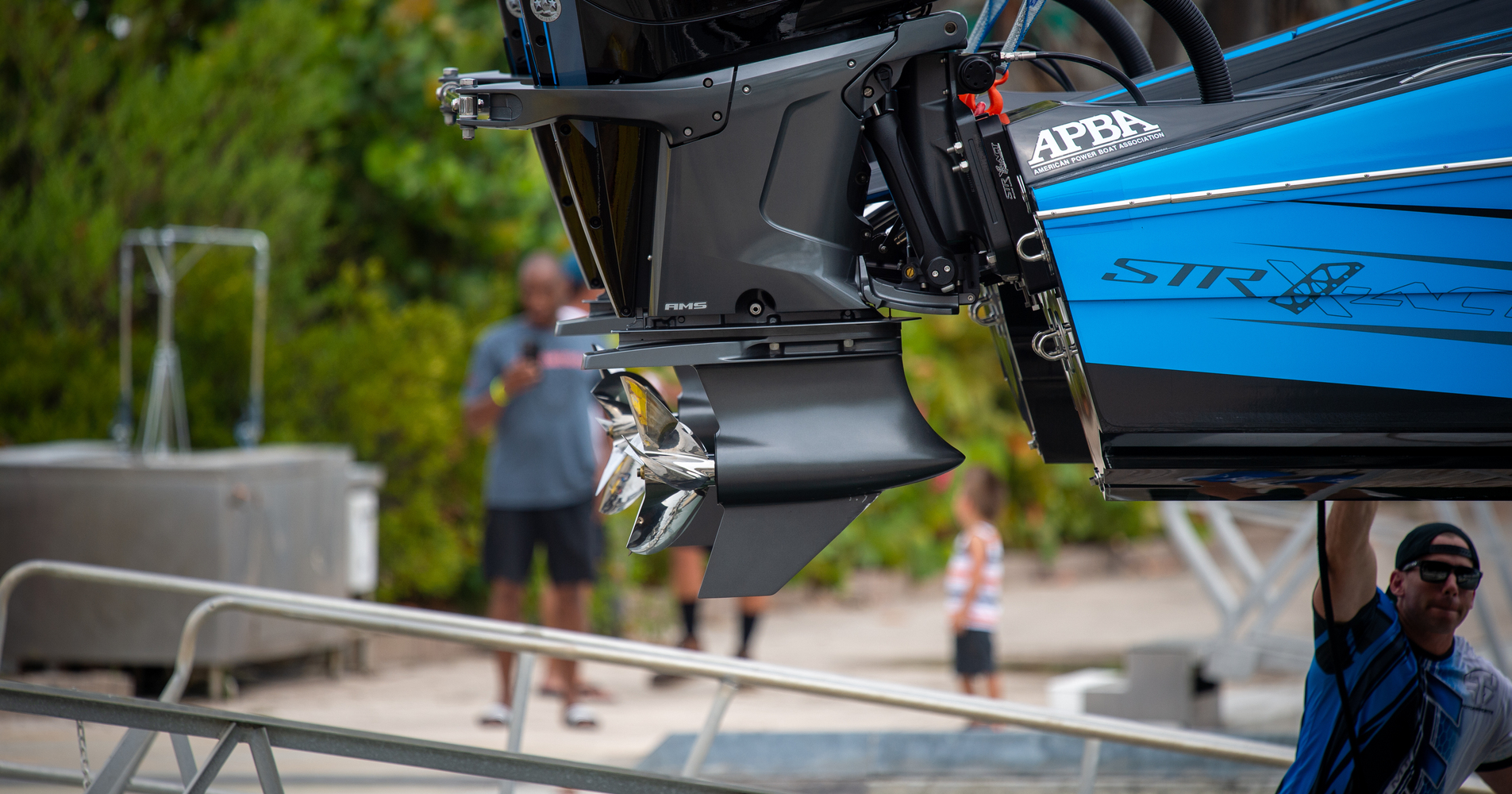 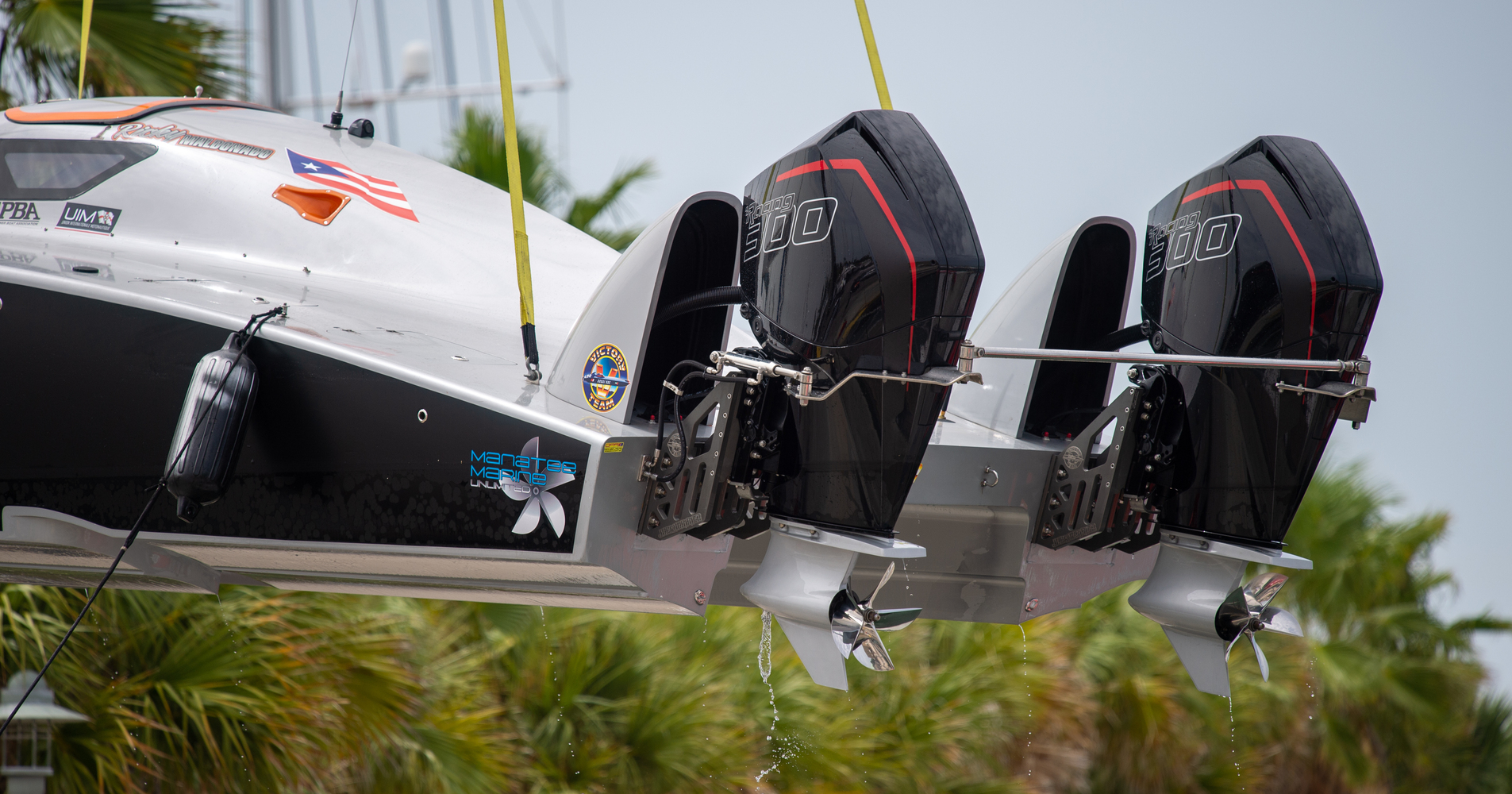 Our partnership with Mercury Racing began in 2017 and has expanded each year with new areas of collaboration and mutual business development. Partnering with the world’s leading marine engine manufacturer adds significant value to our business and this is another great step we’re taking together to build upon an already successful relationship.
Azam Rangoonwala
Powerboat P1, CEO

International marine motorsport promoter Powerboat P1 has announced a two-year renewal and expansion of its partnership with Mercury Racing. This will see Mercury Racing, a leading provider of high-performance marine propulsion, become a centerpiece of the P1 Village fan zone at the P1 OFFSHORE SARASOTA GRAND PRIX over the July 4 weekend celebrations and P1 OFFSHORE ST. PETE GRAND PRIX on Labor Day weekend, and expand its Race Support activities.

The Mercury Racing 1100 Competition engine is the Official Power of the UIM Class 1 World Championship, the pinnacle of offshore racing. Teams that utilize the 1100 Competition engine, developed exclusively for APBA offshore racing and featuring exclusive aluminum four-valve cylinder heads and dual overhead camshaft valve train, will receive on-site technical support through the Mercury Racing Race Support team, underscoring its commitment to the sport and its products.

Powerboat P1 CEO Azam Rangoonwala explained: “Our partnership with Mercury Racing began in 2017 and has expanded each year with new areas of collaboration and mutual business development. Partnering with the world’s leading marine engine manufacturer adds significant value to our business and this is another great step we’re taking together to build upon an already successful relationship.”

“Mercury Racing was born out of competition racing,” shared Stuart Halley, general manager for Mercury Racing. “Sponsoring Powerboat P1 demonstrates our continued commitment to high horsepower and high performance. We’re looking forward to our Race Support Team being on-site and seeing everyone at the P1 Village.”

The Mercury Racing fan zone in the P1 Village will feature enter-to-win programs and games, giving fans more opportunities to connect with Mercury Racing and learn about its products.

P1 Offshore is the flagship championship of preeminent marine motorsport promoter, Powerboat P1 USA. P1 Offshore has been granted exclusive worldwide rights to film and distribute its offshore events for the next five years by the American Power Boat Association (APBA). Its race events combine high-speed, free-to-watch sport and family entertainment, attracting hundreds of thousands of spectators and millions of television viewers around the world, also playing a valuable role as an effective destination marketing tool. P1 Offshore delivers high-caliber events that generate significant levels of inward economic investment at host venues, together with the commercial platform created for sponsors, partners, and the wider marine industry. The key drivers are increased competitor numbers, a host of television broadcast deals around the world and rising spectator numbers. P1 recognizes the ever-increasing importance of sports events in the travel and tourism industry, designing and activating its race events to enhance the profile of venues, drive visitor numbers and boost the regional economy. Creative marketing and strategic partnerships are essential ingredients in achieving these results. Powerboat P1, the parent company of P1 Offshore, was founded in 2002 and since then it has staged more than 600 powerboat and personal watercraft races in 18 countries on four continents.

Class 1 is the premier class of offshore powerboat racing in the world and is considered to be one of the most spectacular marine motorsports. A Class 1 race boat has twin inboard 1100hp engines and can reach speeds in excess of 160mph. All boats are limited by a minimum weight of 11,750lbs. In October 2020, the Union Internationale Motonautique (UIM) assigned the international rights to stage Class 1 offshore powerboat racing to Powerboat P1. The agreement is for ten years and includes organizational and promotion rights to the UIM Class 1 World Championship. P1’s relationship with the UIM spans almost two decades and its aim is to take Class 1 back to where it belongs at the pinnacle of offshore racing. The agreement gives P1 the opportunity to grow the Class 1 championship in the United States and at the same time develop plans to globalize the series over the coming years.